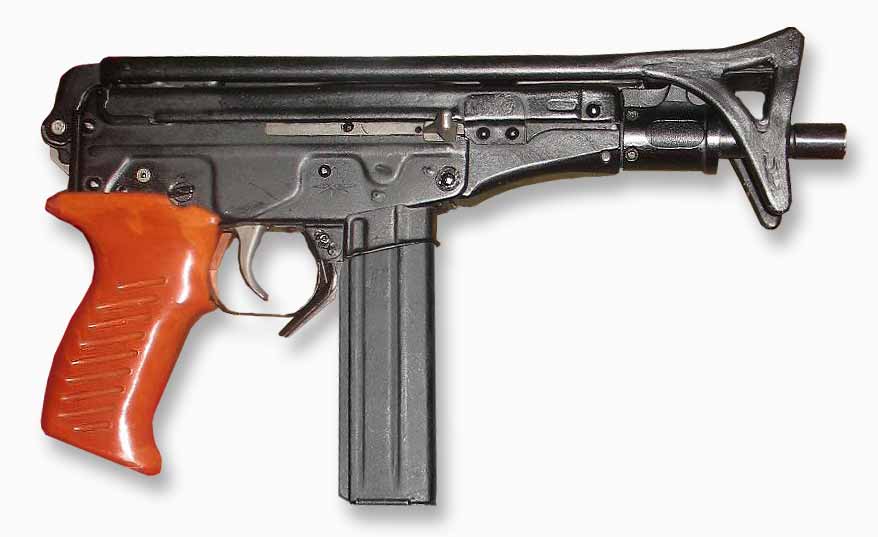 Another submachine gun taken from the started projects of the 1970s 9 mm OTs-02 “Kiparis” chambered for the standard 9×18 PM pistol cartridge at TsKIB SOO Tula-based Central Instrument Design Bureau by Developer N. M. Afanasyev with the team, including V. K. Panfilov, D. M. Pleshkov.
This submachine gun is also blowback operated weapon. A barrel with a bolt carrier is connected with a firing mechanism via a hinge and is dropped down during its breaking. Firing mechanism of a hammer type, assembled separately and during disassembly the weapon is removed as a whole, shot is fired from the front sear. In the rear part of the firing mechanism housing is arranged a mechanical retarder of the rate of fire intended for enhancing stability and handling of the weapon.

Thumb safety-selector is arranged on the left side with controls a single shot and automatic modes of fire. A light metallic stock is folded in upper forward position.

After firing all cartridges from the magazine a stop lug of its follower activates a bolt stop.

A curve-slide sight is outfitted with a drum (cam) similar to that of the APS pistol. A front sight is adjusted during the fire adjustment.

Provision is made for rigid attachment of a laser target designator (LTD) and silencer (PBS).

A relatively long barrel for this class of submachine guns and a number of measures intended for stability during fire delivery allowed users to attain good results in terms of low dispersion shot pattern: firing from the rest without the stock at a range of 25 meters bullets of one burst hit a circle with a radius of 67 mm and the best part of a target hit is somewhere 28 mm.

Firing with the stock results are 64 and 22 mm respectively. During automatic fire with bursts all bullets hit a circle with the radius approx. 100 mm. 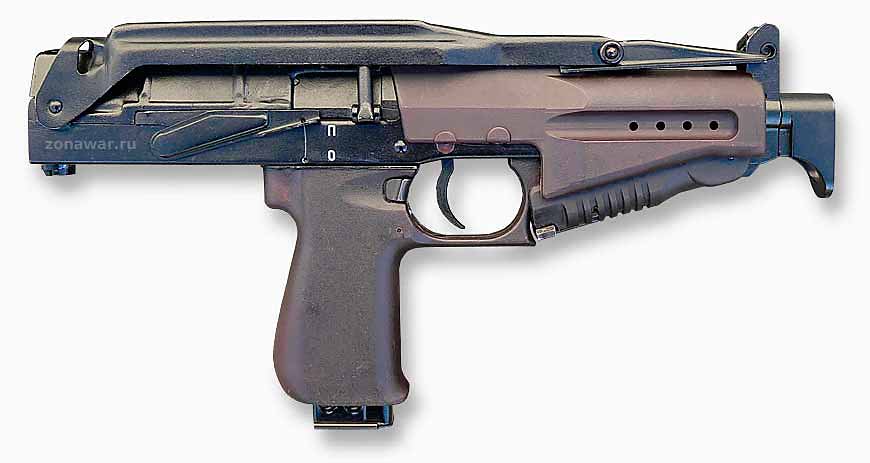 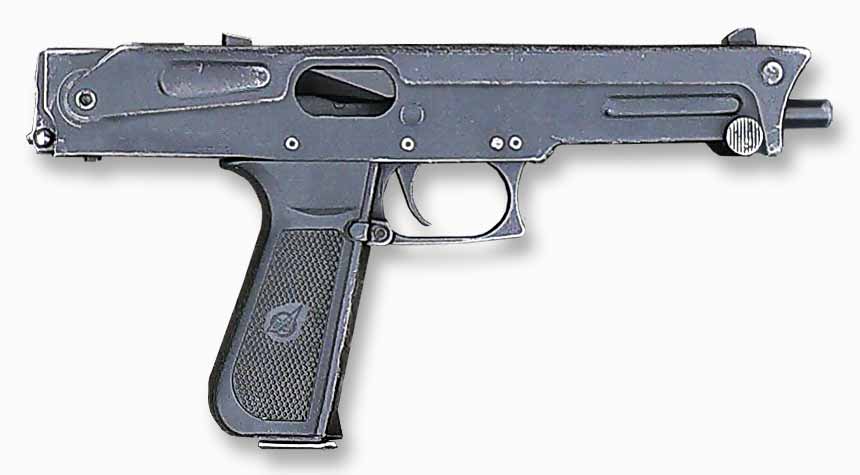