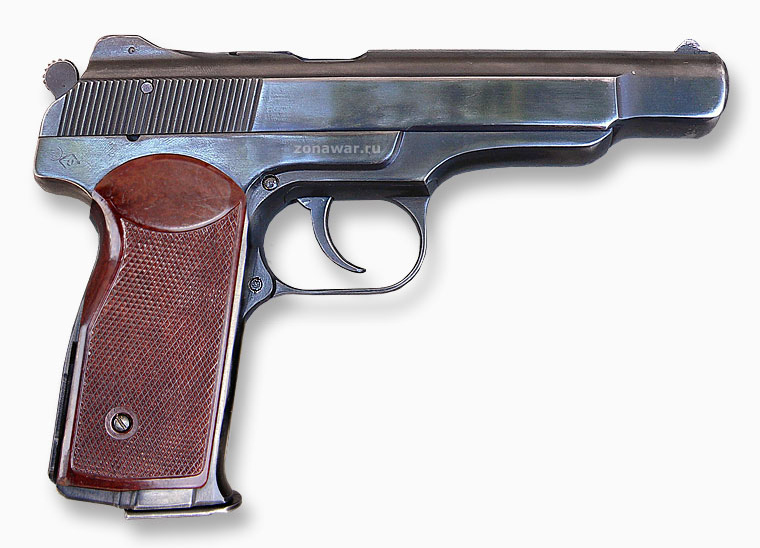 The pistol is a blowback-operated weapon. The barrel is pressed into the frame and secured by a lock pin. The slide wraps around the barrel. The recoil spring is wound around the barrel. When the slide moves to the rear, it extracts the spent cartridge case from the chamber by a spring-loaded extractor, whose tooth presses the cartridge case to the bolthead recess. The cartridge case hits the cartridge ejector and is extracted through the ejection port. The pistol is fitted with an external-hammer trigger assembly. The trigger and fining mechanism comprises a pivoting hammer, a sear with a spring, a disconnector with a spring, a trigger with a spring, a trigger bar and a cylindrical spiral hammer spring with a strut. The firing pin is mounted inside the slide. The hammer has a cocked position and a half-cock. The pistol can operate in the single-action and the double-action modes. The trigger is pulled with a warning. The manual safety lever also acts as a fire selector lever. It has the following three positions: ‘safe’, ‘single shots’, and “automatic fire’. The pistol grip accommodates a rate reducer. The rate reducer creates the required delayed blowback for burst fire by reducing the slide recoil and delaying disconnection of the sear and the sear notch. The reduced rate of fire improves the stability of the weapon, firing bursts. 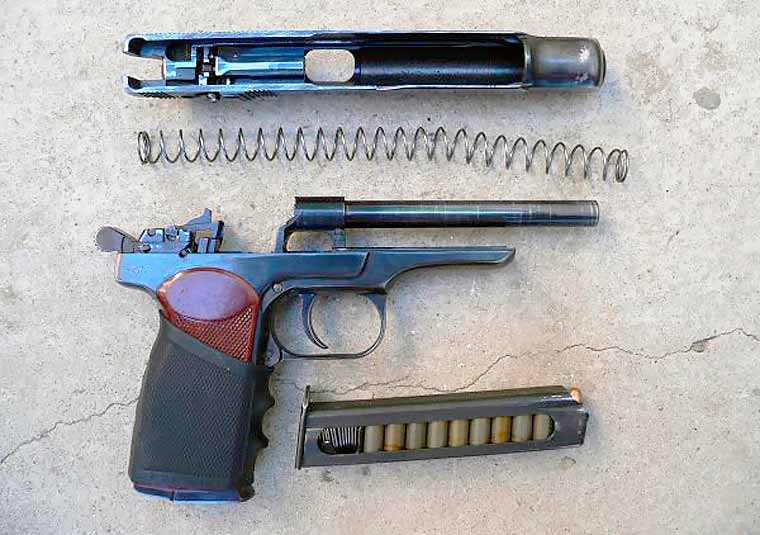 When the magazine is empty, the magazine follower tooth lifts the slide stop and the slide remains to the rear. When the empty magazine is replaced with a loaded one, It is necessary to press the slide stop latch The slide will be pulled forward by the recoil spring and will chamber the next round, while the hammer will remain in the cocked position, and the pistol will be ready to fire again.

The slide carries a foresight and a ramp-type rear sight. The sight is adjusted by rotating the adjustment drum which presses on a spring-loaded rear sight leaf (a cam mechanism). The rear sight can be adjusted to a range of fire of 25, 50, 100 and 200 m.

The detachable box-type chequerwise 20-cartridge magazine is flush with the pistol grip. The separate grip plates are screwed to the frame.
A wooden (and later on plastic) rigid holster stock comprises a body, a rigid cover, and a nose-piece with a latch. The pistol is fixed inside the holster by the spring, mounted on the internal side of the cover. The button latch of the cover and the open position of the pistol grip reduce the time needed to unholster the pistol. The holster is carried on a sling over the shoulder white four magazines are carried in a special pouch.

A 140 mm long (15 5 caliber) barrel has partially made up for the weak cartridge, and combined with the heavier weight (as compared with that of the Makarov PM pistol) and smoother operation of the firing mechanism, resulted in a better accuracy of fire. The bullet dispersion of the APS firing single shots at a range of 50 m is 5 cm, and at a range of 200 m it equals 22 cm. However, fire at ranges of up to 50 m turned out to be most efficient.

The Stechksn APS pistol had been in production at the Molot Machine-Building Plant, Vyatskie Poiyany between 1952 and 1959. The pistol entered service with pilots, combat vehicle crews, sailors, grenade launcher and gun crews. Generally, the APS pistol features quite a successful design. The fact that the APS and the PM pistols had a number of common design features and the similar assembly/disassembly procedure made the Stechkin pistol easy to master. However, due to the inconveniences of carrying the APS like its considerable weight, rigid holster (which caught edges of the hatch when a shooter left a combat vehicle) and others, the APS was withdrawn from the inventory and production. Nevertheless, the APS was literally resurrected during the war in Afghanistan, when Special Forces units started using both the APS and its silenced APB version. The pistol then attracted attention of other categories of customers Grenade launcher crews sometime used the APS instead of assault rifles. Later on the APS pistol became popular also with the Russian Ministry of Interior. 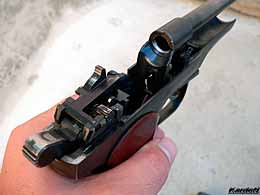 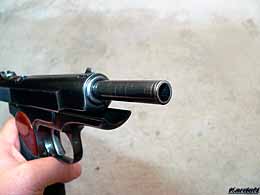 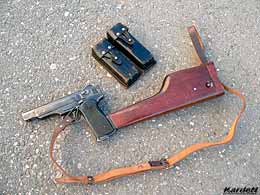 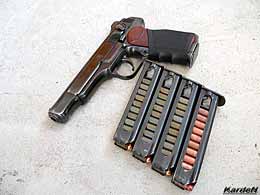