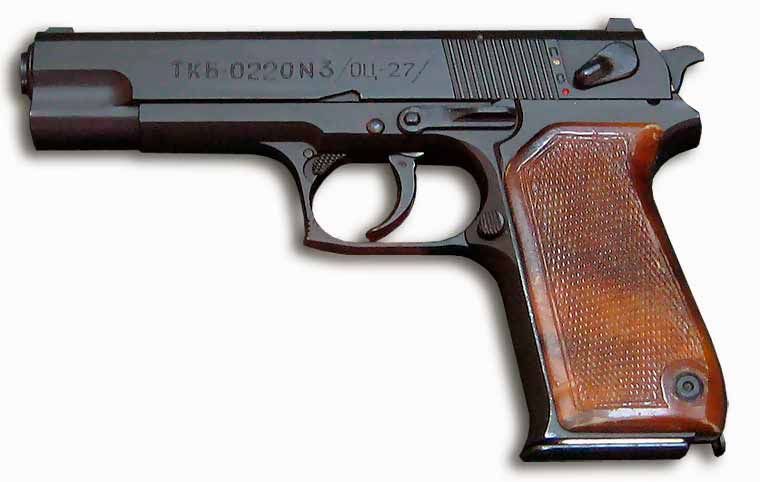 The pistol appeared within development efforts under the very same Grach R&D project. The intention to use four types of cartridges — 9×18 PM, 7.62×25 TT, 9×18 PMM, and a 9 mm enhanced-power round -— resulted in the requirement for modular design of the future pistol. The Tula-based TsKIB SOO came up with the TKB-0220 pistol designed by I. Ya. Stechkin and В. V. Avramov. However, this pistol was withdrawn from the Grach competition. In 1993 TsKIB offered its upgraded version, designated OTs-27 Berdysh, as a police or a commercial pistol (acronym ‘OTs’ stands for ‘Obrazets TsKIB’ (TsKIB model); the pistol is also known under the acronym of PSA, which stands for ‘Pistol, Stechkin, Avramov6). The OTs-27 was presented to the Russian IMinsstry of Interior again in 1996.

It takes the pistol owner less than 40 seconds to adapt the pistol to the required type of cartridges.

The OTs-27 is a blowback-operated weapon. The recoil spring is wound around the barrel, while the lower slide lug accommodates a recoil spring buffer. The slide flock, mounted on the frame, also serves as the slide stop. 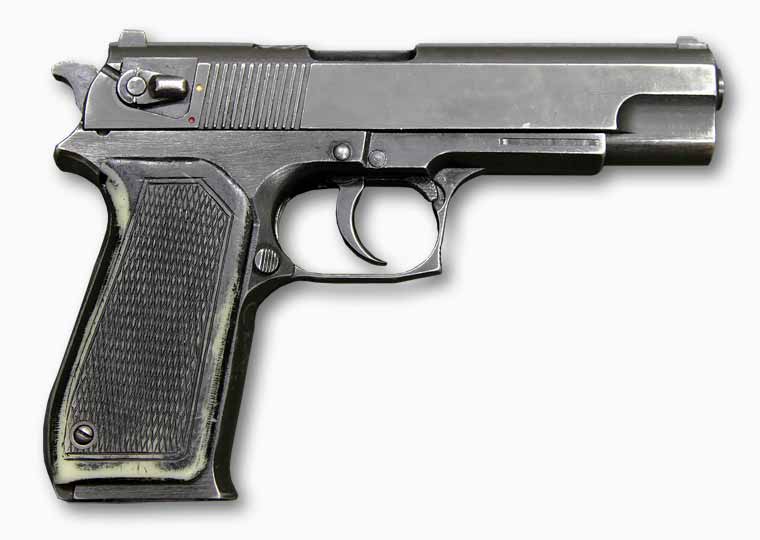 The pistol features an external-hammer trigger assembly and a cylindrical spiral hammer spring. The pistol can operate both in a double-action and a single-action mode. When set in the middle position, the ambidextrous manual safety Sever blocks the hammer, the firing pin, and the slide. The hammer may be locked both in released and cocked positions. The hammer may be locked without firing a shot by rotating the safety Sever upwards. After decocking the hammer, the safety lever automatically returns to the ‘safe’ middle position.

The pistol is fitted with iron sights. The trigger guard is shaped so as to allow two-handed firing. There are grooves on the frame under the barrel for mounting a laser target designator.

Depending on the caliber, the pistol can be fed from magazines with a capacity of 15 and 18 cartridges (for 9×18 PM rounds). The pistol has not been launched into mass production. 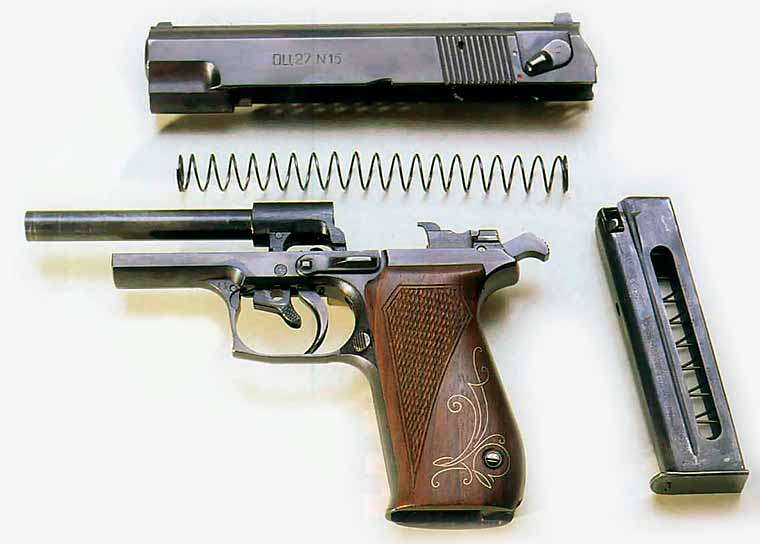