The noiseless assault rifle system comprising the AS Val special assault rifle (index 6P30) and SP6 round and forming one weapon family with the noiseless sniper system was adopted for service in 1989. Seventy percent of parts and assemblies of the VSS rifle and AS assault rifle are unified.
The assault rifle features a left-folding skeleton-type metal stock made from steel tubes, a plastic pistol control grip, and a 20-round magazine.

The SP6 round designed by Yu S. Frolov and E. S. Kornilova is charged with amour-piercing bullet. The bullet has a hardened steel core longer than that of the SPS, protruding from the jacket. Although the SP6 round provides accuracy a little worse than that of the SP5, it allows engaging live targets wearing armoured vests of the 2nd/3rd protection class (according to GOST) and combat helmets at ranges up io 400 m, as well as non-armoured equipment as its bullet penetrates 4-mm thick steel plate.

Thanks to similar ballistics the SF5 and SP6 bullets can be fired at the same setting of the sight.

Hushed shot noise of the assault rifle facilitates its concealed employment and reduces acoustic loads on the shooter enabling voice intercommunications in close quarters or underground combat, and the like.

The VSS and AS rifles was manufactured by Tula Armoury Plant for equipping special operations units in several law enforcement agencies. The AS assault rifle can fire cheaper PAB-9 rounds. 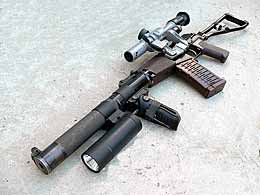 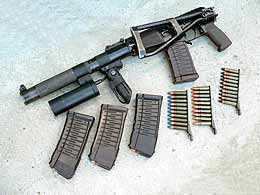 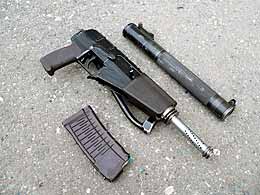 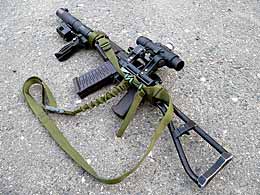