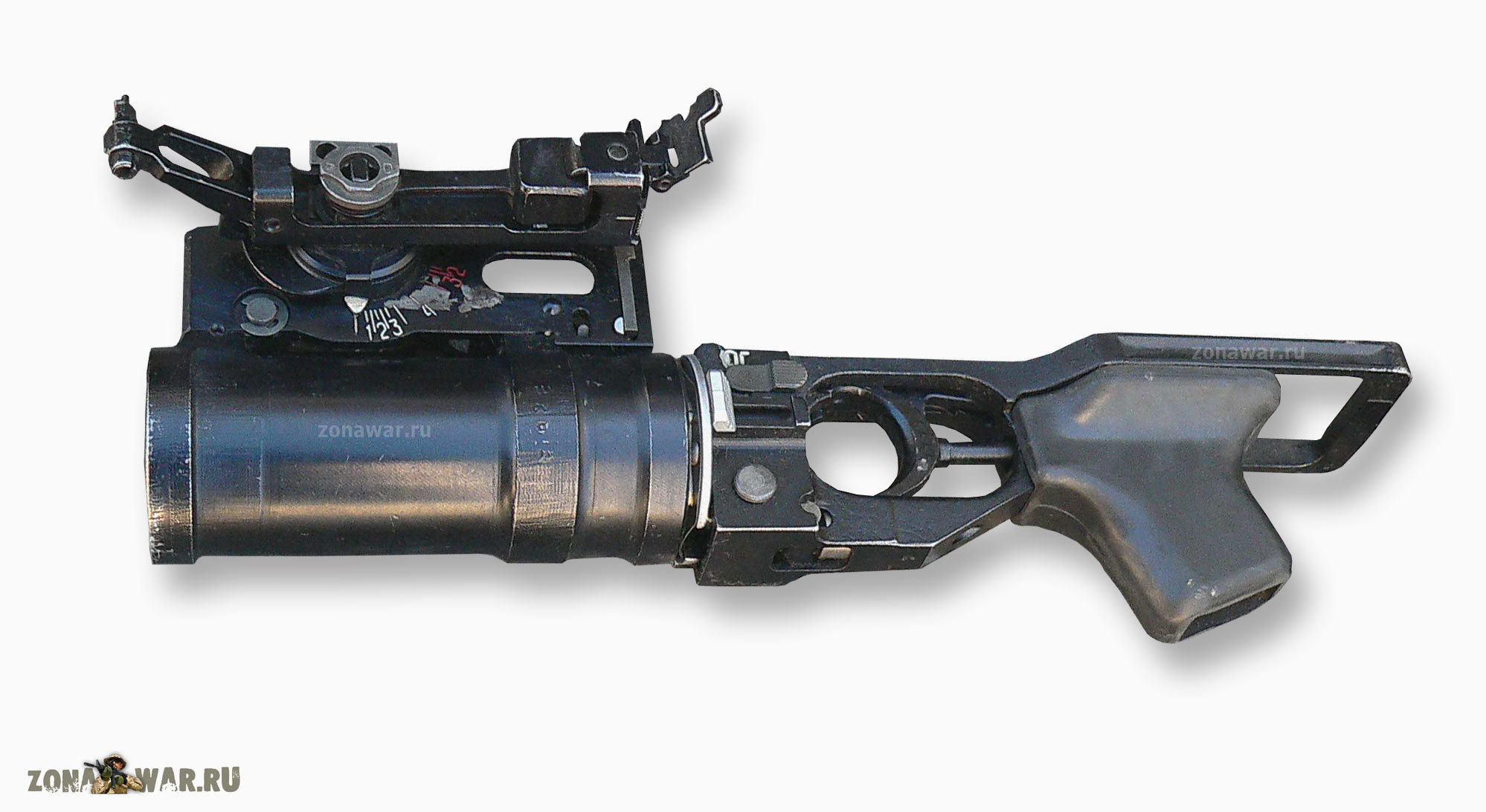 TsKIB SCO developed the GP-25 grenade launcher, chambered for the VOG-25 round, and fielded it with the Soviet Armed Forces in 1978. The grenade launcher can be mounted on AKM, AKMS„ AK-74, AK5-74, AK-74M, AK-101, AK-1Q3, AK-105, and AN-94 assault rifles. The grenade launcher is produced at the Tula Arms Plant. The GP-25 production licence has also been handed over to Bulgaria.

The grenade launcher has a rifled bore. The self-cocking double-action trigger ensures a high combat readiness and a safe carrying of the loaded grenade launcher. When applied» the safety blocks the hammer. The trigger unit contains a short thumb grip for more convenient handling.
The grenade launcher is muzzle-loaded. To unload unfired rounds a push-rod is provided for. A grenade is held inside the bore by a spring-loaded lock, which simultaneously acts as a safety it the grenade is not pushed all the way into the barrel. Muzzle-loading and the lack of a cartridge case enable the grenade launcher to fire up to six rounds per minute.

The open sight is mounted on the left side of the grenade launcher. It provides for direct and curved fire. When conducting curved fire at unseen targets (in trenches and ravines or on reverse slopes), the required elevation is ensured by the tangent elevation sight A grenade deviation is accounted for automatically when the sight is set.

A rubber shock-absorber s mourned on the assault rifle butt-stock for reducing the recoil.