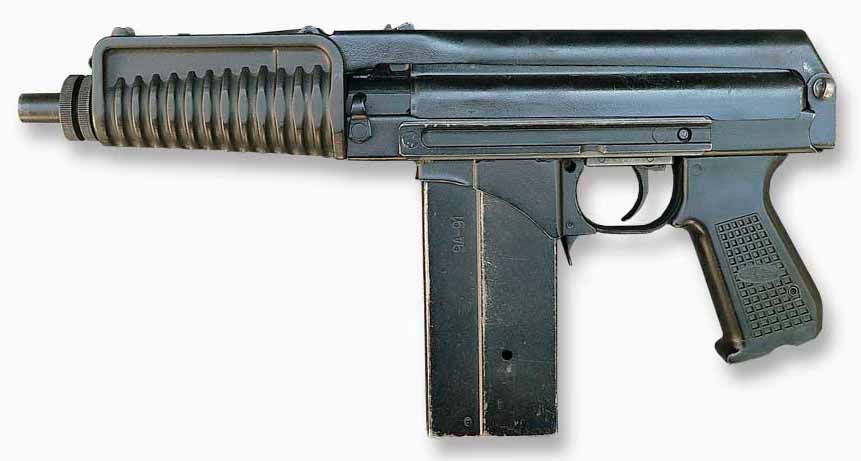 The 9A-91 compact assault rifle for 9×39 cartridge was developed in Tula Instrument-making Design Bureau (KBP) under supervision of V. Р’В . Gryazev. The assault rifle was designed to fit into dimensions of a submachine gun; in doing this, much attention was paid also to production/cost parameters of the weapon to make its manufacture streamlined and economical, which ensured its popularity with consumers. The cheaper 9×39 type PAB-9 cartridge was designed at that time too.
The weapon has a gas-operated mechanism with a long-stroke gas piston, its gas chamber is elongated in the forward direction to obtain the required piston rod length. The breech is locked by a rotating bolt featuring four locking lugs. The hammer-type firing mechanism enables semi-automatic (single-shot) and full-automatic (burst) firing. The fire selector/safety lever is mounted on the right when switched in safety position the lever doses the slot and prevents the reloading handle from moving.

The straight box type magazine packs rounds in staggered arrangement. The forearm and pistol grip are made from cast high-impact plastic: the forearm consists of two symmetrical halves (side-pieces). The steel stamped stock folding up and forward and foldable bolt handle (on the bolt corner) are made to reduce the weapon witch. The assault rifle with the folding stock and boil handle tots into dimensions 372x188x44 mm.
The SP6 and PAB-9 cartridge bullets fired from the 9A-91 are can reliably defeat a lave target rearing 2nd protection class body amour at a range of 400 m.
Detachable devices include a collimator sight. The muzzle end of the barrel can be fitted with the spoon-shaped” compensator (in the form of a slant-cut protrusion) expansive-type silencer (PBS).
Since 1994, the 9A-91 assault rifle produced by KBP in cooperation with Kovrov Mechanical Plant has been supplied to law enforcement agencies.
During the same period the TSKIB SOO designers V. N. Telesh and Yu. V. Lebedev developed the OTs-11 Tiss shortened assault rifle (length with folded stock – 490 mm. weight w/o rounds – 2.5 kg) for the same 9×39 rounds. Since production of this assault rifle was planned to be launched at Tula Armoury Plant, the weapon was maximally unified with the 5.45 mm AKS 74U. However, the Tiss design remained at the experimental stage. Izhmash also offered its 9 mm shortened assault rifle model derived from the AKS 74U. 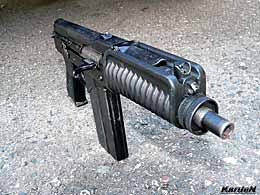 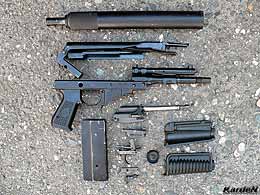 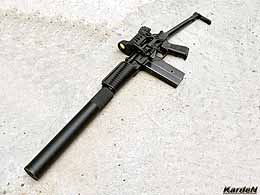 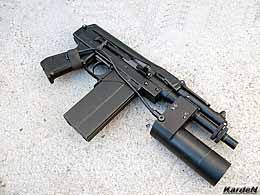