The main item in the Groza system developed by V. N. Telesh and Yu. V. Lebedev in the TSKIB SOO design bureau (Tula) in 1992 was the “assault rifle/grenade launcher system”, or the “assault weapon” This system embodies the concept of grenade launcher/assault rifle profound integration into single modular system as a universal close combat weapon. For the first time the system was presented to public in 1994.

To simplify production, the AKS 74U assault rifle and GP 25 Kostyor grenade launcher,, already manufactured by Tula Armoury Plant, were selected as basic items of which 75% of parts and units were unified with the new design However, for the “rifle” part. 9×39 type rounds were selected (model OTs-14-4A) for combining low recoil with low ricochet and sufficiently high penetration characteristics.

On the whole, the assault rifle retained the basic configuration with gas-operated action mechanism (with powder gases discharged through the side port in the barrel wall and a long-stoke gas piston combined with the bolt carrier), breech locked by rotating bolt and frog mechanism enabling full-auto and sot»-auto faring modes. However, the assault rifle was redesigned into the bullpup configuration, and received a cartridge with largely coherent character sties which dreaded that the gas discharging system de modifying. 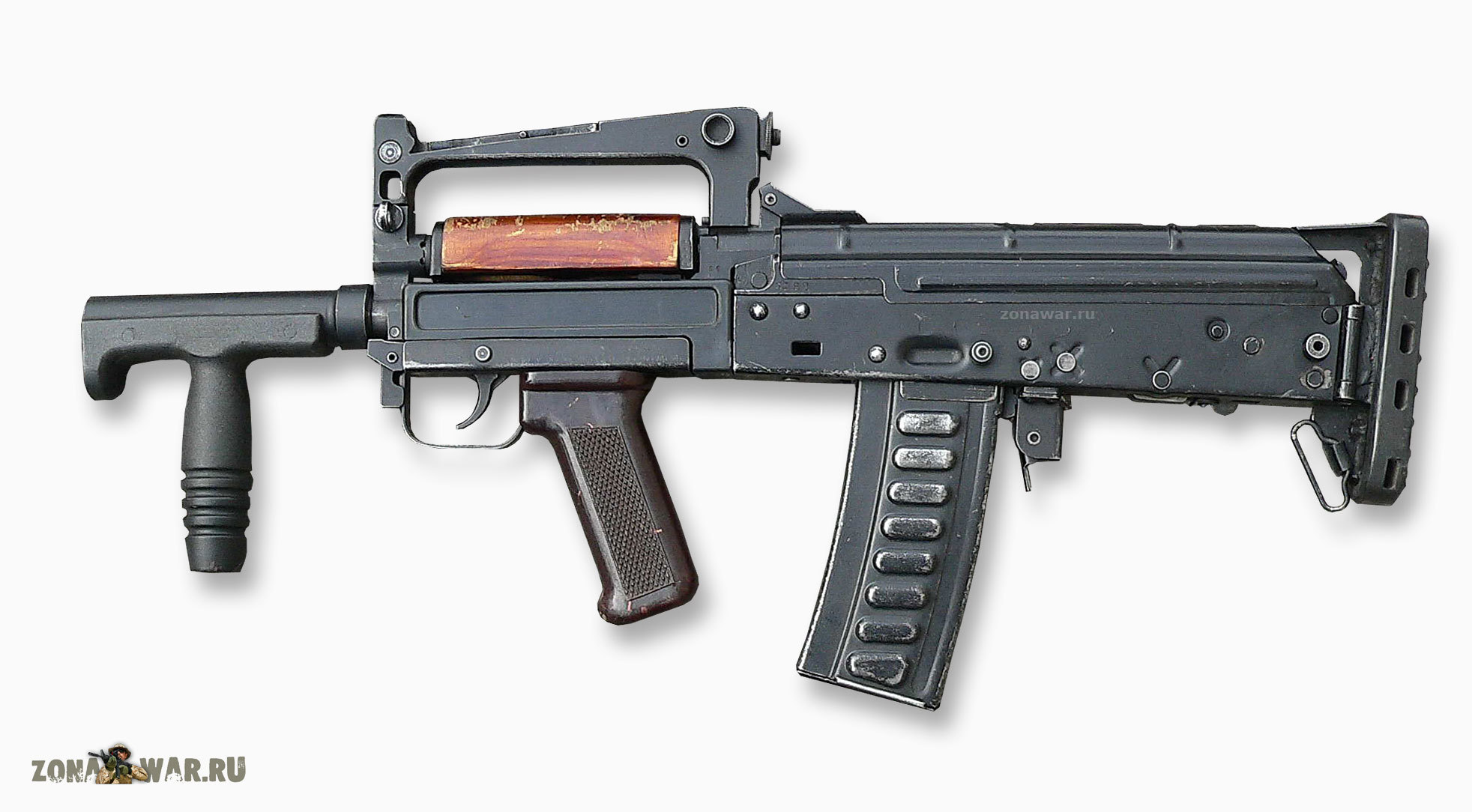 The butt stock is replaced with a butt plate with a recoil-absorbing pad. The butt plate has a cog on top of it pressing against the receiver cover and retaining it from being stripped away by recoil when the grenade launcher is fired. 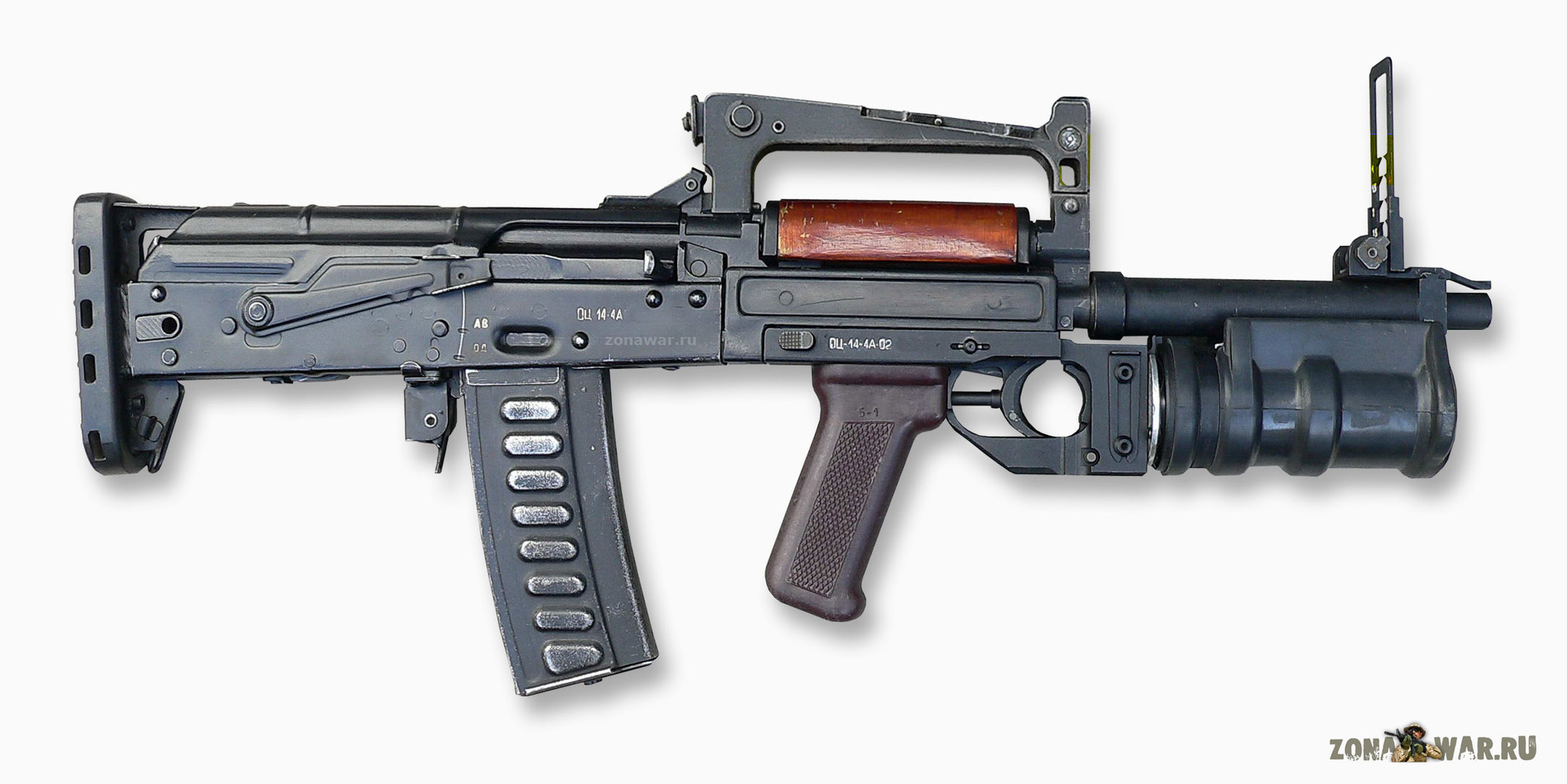 Other versions of the weapon that can be assembled from the system modules:
— assault rifle, without grenade launcher. To assemble it, the grenade launcher and muzzle cap (sleeve) are removed; the pistol grip module with trigger is replaced with another one, having one bolt plunger; another muzzle sleeve with front hand grip is installed;
— shortened compact assault rifle. A simple muzzle nut is installed instead of the sleeve;
— special assault rifle with the PBS expansive-type silencer. The PBS silencer has no wearing-off replaceable components, and it can serve as a forearm. Sound level is reduced due to subsonic velocity of the bullet Assembly of all the versions is performed by user.
The 9 mm OTs-14-4A system models have found applications in special operations forces (Spetsnaz). 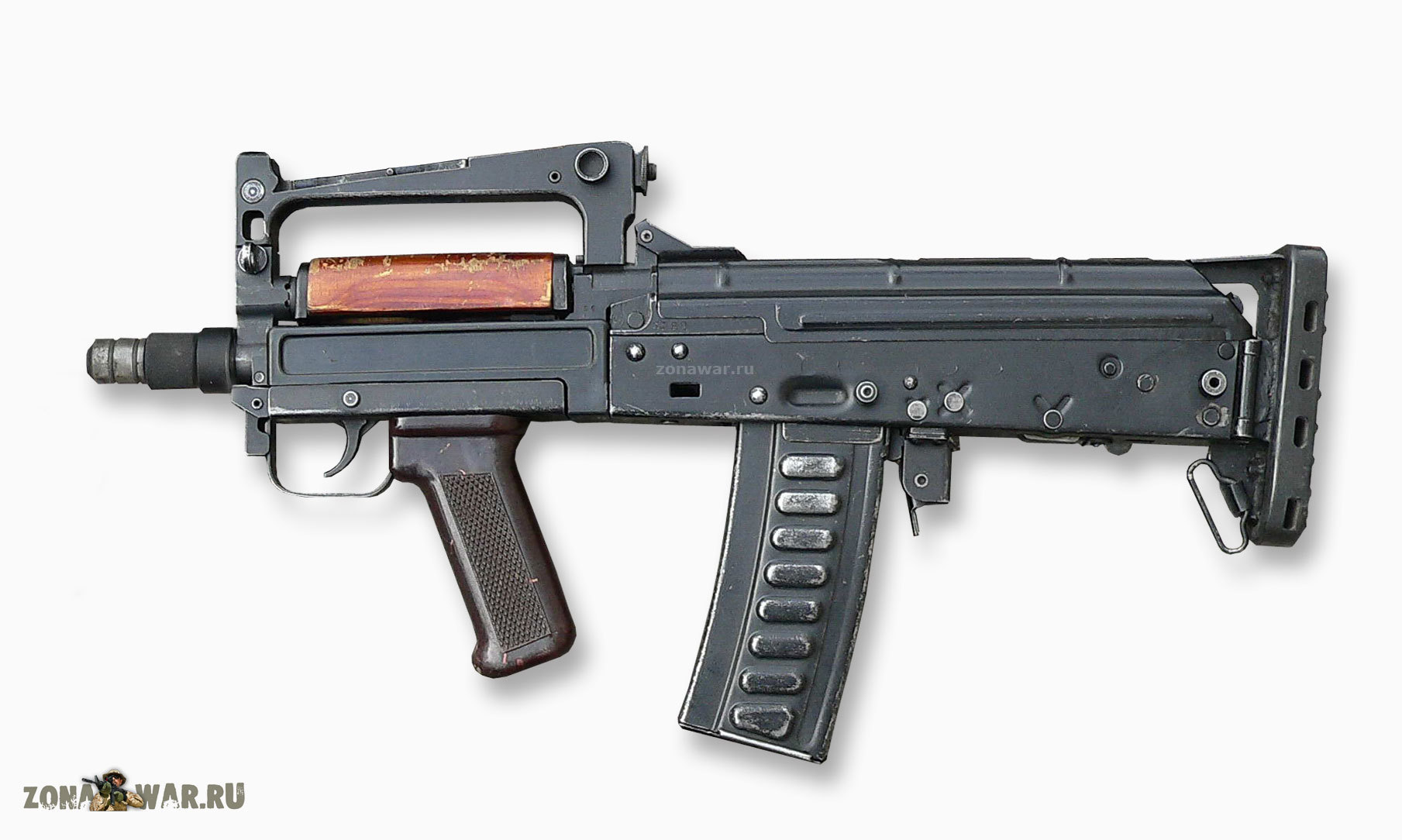 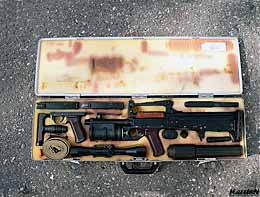 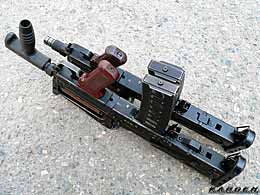 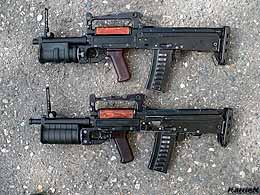 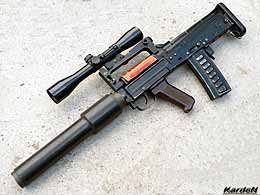