The continuing use of Kalashnikov assault rifles and the preference they are given by users who have other choices, speak for themselves. Armed conflicts in the 1990s revealed shortcomings of a number of popular foreign-made assault rifles, and inspired great export expectations connected with modernized “Kalashes”.

In the early 1990s, Izhevsk Machine-building Plant started developing several Kalashnikov modifications derived from the AK 74M assault rifle for firing the world’s most popular 7.62×39, 5.45×39 and NATO 5.56×45 rounds. The models were assigned the index “100” to harmonize digital designation of the entire series. Besides export to foreign customers, assault rifles of the 100th series are designed for domestic law enforcement agencies.

The first model was the AK 101 (index 6P43) developed for firing the 5.56×45 NATO round. It has a left-folding stock to reduce overall dimensions of the weapon when it is carried, shipped and employed in landing assault operations.

The AK 102 (6P44) compact assault rifle features a shortened barrel. However, its barrel is shortened slightly less than that of the AKS 74U. In other words, the 100th series shortened assault rifle is more unified with the ‘long-barrel’ one than the AKS 74U and AKS 74 assault rifles which have more design differences. The AK 102 barrel has been shortened just enough not to move the gas chamber rearward and not to reduce the gas piston rod length. It is probably for this reason that the term ‘compact’ is used in the assault rifle description in contrast to the term “shortened” The AK 102 sight has notches up to 500 m only. Flash suppressors from the AK 74/AK 74M assault rifles or enhanced one from the AKS 74U can be mounted. 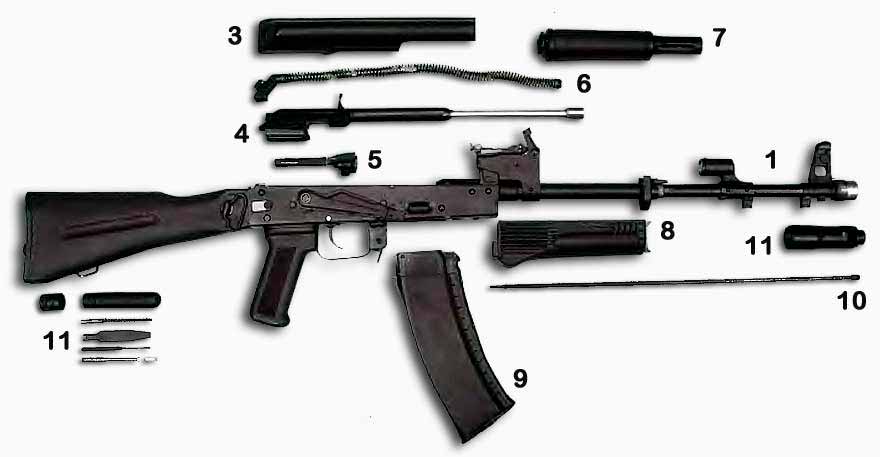 The AK 104 (6P46) assault rifle is an analogue of the AK 102 for the 7.62×39 cartridge, and the AK 105 (6P47) for the 5.45×39 cartridge. It is worthy of note that the 35 years old weapon for the 7.62×39 round can be of interest not only for export.
The 100th series assault rifles are filled with side mounting rail for installation of optical, night or collimator sights. All state-of-the-art defence production technologies implemented at Izhmash are used in the assault rifles manufacture: precision casting of many parts (front and rear sight bases, hand guard front and rear locking rings, gas chamber, lower stock swivel, stock retainer lock, etc.); application of new anticorrosive coatings; use of impact-resistant black-colour glass-nylon composite for stock, pistol grip, forearm, hand guard, magazine case (because of this colour the AK rifles of this series displayed a! numerous exhibitions abroad were nicknamed “black Kalashnikovs”).

The above assault rifles are offered for delivery to law enforcement agencies, paramilitary security forces, as well as to civilian arms market, in modifications that allow only the single-shot firing mode (for this purpose they have the retarder and automatic release device with the pivot removed from their firing mechanism assembly): these modifications are designated the AK 101-1. AK 102-1, AK 103-1, AK 104-1.
On the other hand, in 1999 Izhmash presented modifications of the 100th series assault rifles fitted with the firing mechanism allowing both semi-automatic and full-automatic firing modes as well as fixed three-shot bursts fire: these are the AK 101-2, AK 102-2, AK 103-2, AK 104-2, and AK 105-2 assault rifles.
Retention of the AK legacy design in the 100 th series assault rifles allows mounting on them, without any modification and upgrading, existing under barrel grenade launchers as well as using standard mounts onboard infantry combat vehicles, armoured personnel carriers, combat transport helicopters. 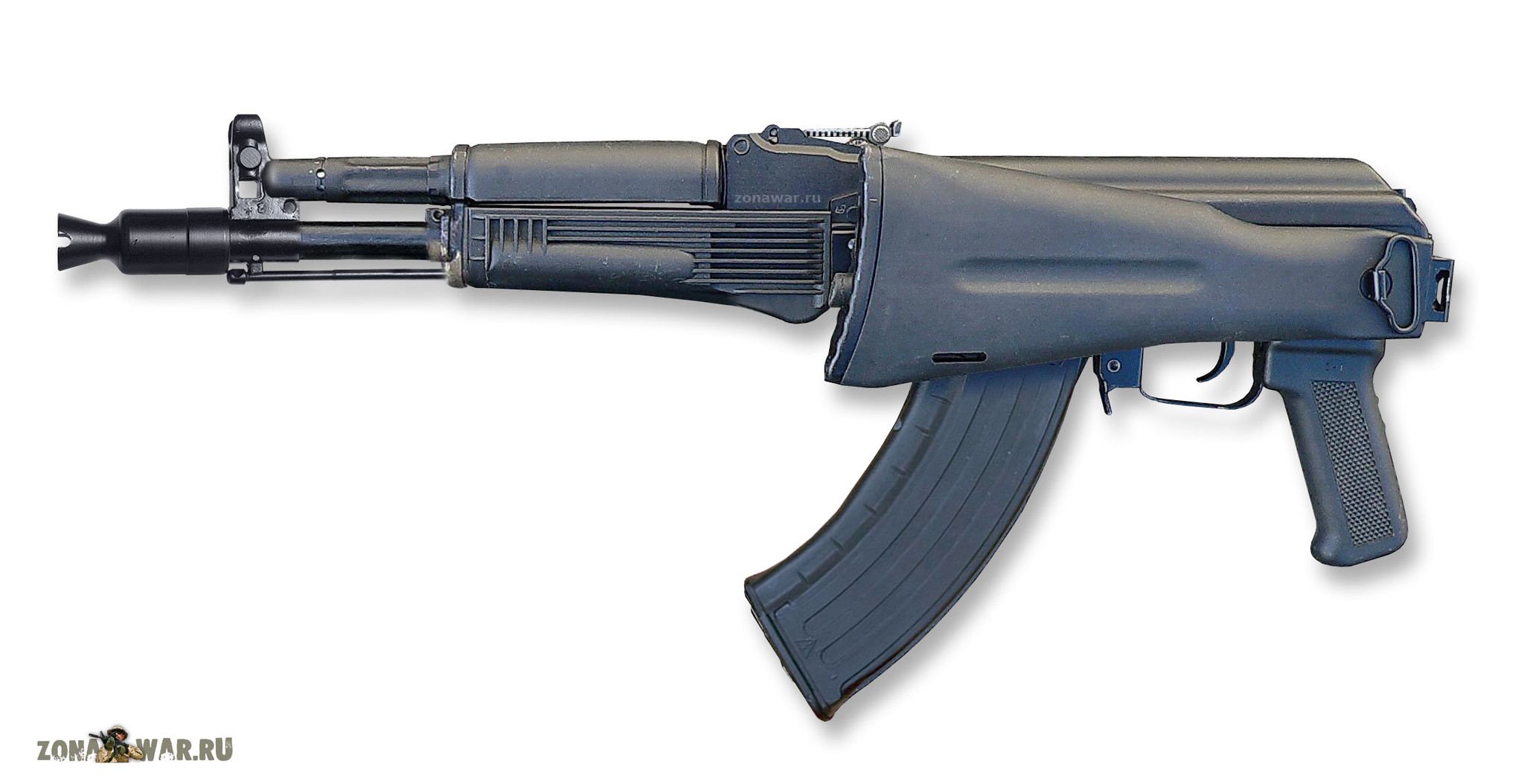