As far back as the 1970s the designer L. V. Bondarev from the Central Design Bureau of Sporting and Hunting Guns (TSKIB SOGs Tula) developed an SVU rifle (“snayperskaya vintovka ukorochennaya” — shortened sniper rifle) based on the SVD. That firearm was designed basically for airborne troops so the designer selected the bullpup layout to reduce dimensions of the rifle.

As is known, the bullpup configuration concept was practically realized in Sate 1940s with such distinctive features as: action components and firing mechanism displaced to the rear towards the stock with the purpose to reduce the overall length of the rifle, pistol grip fitted before the magazine, stock raised to align with the barrel bore axis with the purpose to reduce up-movement of the firearm under the effect of the recoil force (linear recoil). It should be noted that by the mid-1970s when the SVU rifle was designed the bullpup configuration was implemented only an experimental prototypes. The linear recoil force generated by powerful rifle rounds required special recoil compensation devices. The rifle went through tests but was not accepted. In 1991 if was offered again to the Ministry of Interior of the Russian Federation. In 1993 this rifle was presented under the designation GTs-03 (abbreviation OTs means “obrazets TsKIB” — item of the TsKIB). Operational testing of the rifle was then started. Customers from the Ministry of interior set a new requirement for ripple fire capability. It specified a kind of “sniper assault rifle”. A new modification of the rifle made by Tula designers was presented to the Ministry of Interior in 1995 under the designation SVU-AS (“snaiperskaya vintovka ukorochennaya s soshkoy” — shortened sniper rifle with bipod, another designation — OTs-OSAS).

In addition to new configuration the rifle had its barrel shortened by 100 mm lo reduce dimensions.

The gas chamber and gas discharging port are displaced rearwards to ensure sufficient powder gas impulse for reliable operation. Increased loads on the gas piston rod required special measures to prevent it from bending — this problem was solved by a drag link fixed on the rod which sets against the wall of the gas discharging tube when the rod is moving.

Shoulder support represented by spring-loaded stock heel piece (butt plate) and three-chambered muzzle unit are used to reduce recoil kick on sniper. The muzzle unit performs functions of muzzle brake, muzzle weight (reducing barrel vibrations and shifting the rifle centre of gravity forward) and shot silencer. The unit reduces shot noise level due to gas expansion and cooling inside the chambers. Firing is low noise” rather than и noiseless” because it is conducted with standard rounds having much higher velocity than sound. However the unit almost entirely suppresses shot flash reduces acoustic load on sniper and makes it more difficult for the enemy to find direction on the shooter. The forward displaced centre of gravity compensates for one of the bull pup layout shortcomings — inconvenient balance of the weapon. 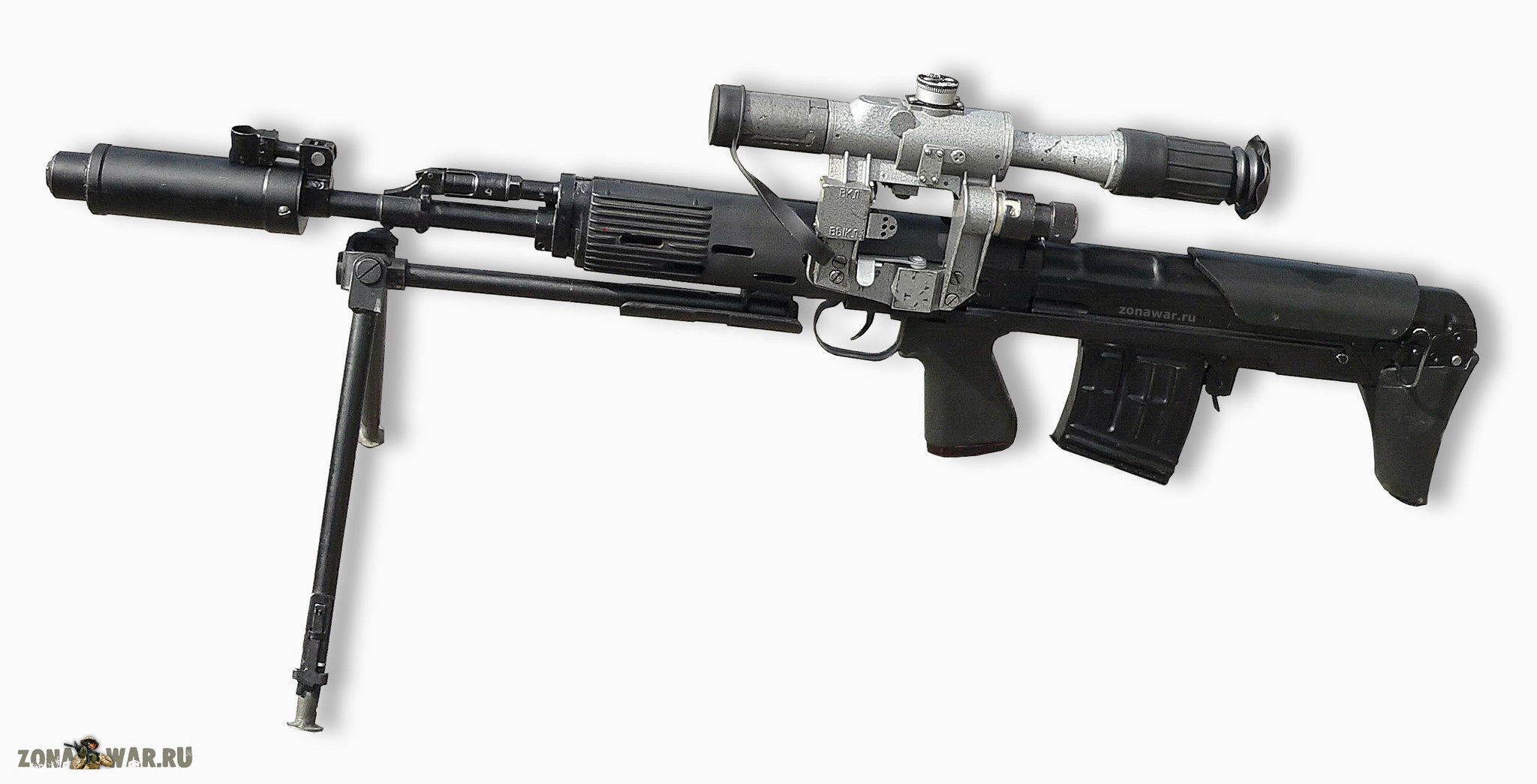 The trigger is displaced forward and tied lo the striking mechanism by a connecting rod running by the left side of the receiver. Automatic fire mode is realized by simply increasing length of trigger creep — in this case the hammer cocked does not disconnect the sear from the connecting rod, so the next shot is fired by auto-triggering after the bolt has Docked the barrel chamber, and the firing continues until the trigger is released or rounds in the magazine are spent Single-shot fire mode and safety lever function are the same as in the baseline SVD rifle. Trigger creep switch of lever type is mounted within the trigger guard, and by turning it the trigger creep can be either reduced or increased, depending on its position.

The sector-type mechanical sight is replaced with a dioptric one: dioptric and front sights are mounted on folding brackets. Sighting devices are raised over the stock, thus compensating for the alignment of the stock to one line with the barrel bore axis, while installation of the dioptric sight has permitted some elongation of the sighting line. In line with the configuration the side bracket for mounting sights with dovetail fixtures is shifted forward. The rifle is equipped with standard optical sight with options for installation of night sights and laser target designators.

The pistol control grip is located near the rifle centre of gravity. The trigger guard is made a little bigger to allow firing in thick gloves. Non-adjustable cheek pad is mounted on the receiver cover. A longitudinal rod is fixed in front of the receiver for mounting the b pod so that it puts no load on the barrel. The bipod swivel mechanism and its legs opening angle allow them to turn about the rifle in a wide sector.

Accuracy of fire meets short-range accuracy requirement: its dispersion diameter is about 8 cm at a range of 50 m.
Rounds are fed from a standard detachable 10-round SVD magazine. No mounting for the knife bayonet is provided. There are swivels for the sling. 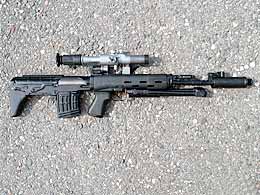 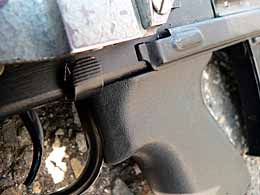 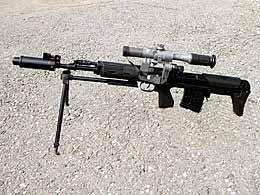 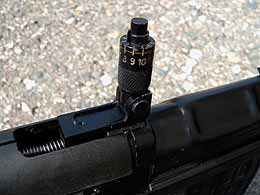